• Rocket Internet manager Andrea Domeneghini comes on board as CMO

Berlin, October 14, 2014 – The Bonial International Group (www.bonial.com), the international provider of advertising solutions for retail via mobile and stationary Internet, is realigning itself as part of its internationalization strategy and today announced the appointment of executives to fill two key management positions at its corporate headquarters in Berlin, Germany.

Dan Cripe, an American, will serve as Chief Technology Officer (CTO), a position in which he will be responsible for the system architecture of all platforms and apps of the group, which is represented in the six most important retail markets worldwide. His new role will focus on developing the availability, scalability, and security of the international Bonial system. At the same time, Mr. Cripe will head the international IT teams. He is viewed as a highly experienced and innovative technology expert and has supported two companies in the process of going public, including in an IPO. He previously worked for Accenture, AOL, and Bank of America.

Andrea Francesco Domeneghini is taking over the field of online marketing in the role of Chief Marketing Officer (CMO), with responsibility for increasing the reach of the platforms and apps. He will also head the international mobile marketing and SEO teams. Domeneghini’s last position was as head of online marketing for online retailer Zalora in Southeast Asia. Before that, he prepared the launch of leading Australian online fashion retailer The Iconic for Rocket Internet. Domeneghini has a degree from the University of California at Berkeley, and a dual master’s degree in International Management from Fudan University, in China, and Bocconi University, in Italy.

Christian Gaiser, CEO of the Bonial International Group and the founder of kaufDA: “By filling these key positions, we are ushering in a new phase of global growth and giving the group an international position, including within the management. This is also a nod to the increasing importance of the U.S. market. Dan is a highly experienced CTO who demonstrates an entrepreneurial sense in his actions, making him a valuable addition who will also play a major role in the further development of our American brand Retale. Andrea will help us further expand on the Bonial International Group’s already strong position and take it to the next level.”

As previously announced, kaufDA co-founder Thomas Frieling, the group’s previous CTO, is leaving the company at the end of the year at his own request. “With his technological vision, Thomas laid the foundation for the outstanding development of the Bonial International Group, which today is one of the most innovative groups in the area of location-based services. As an architect and outstanding executive, he led our platforms to their current magnitude and equipped them for the future. Our sincere thanks goes out to Thomas for these accomplishments, and we wish him all the best and success in his future,” Gaiser says.


Press image material is available via the following link:
http://smu.gs/1DVa3Kw 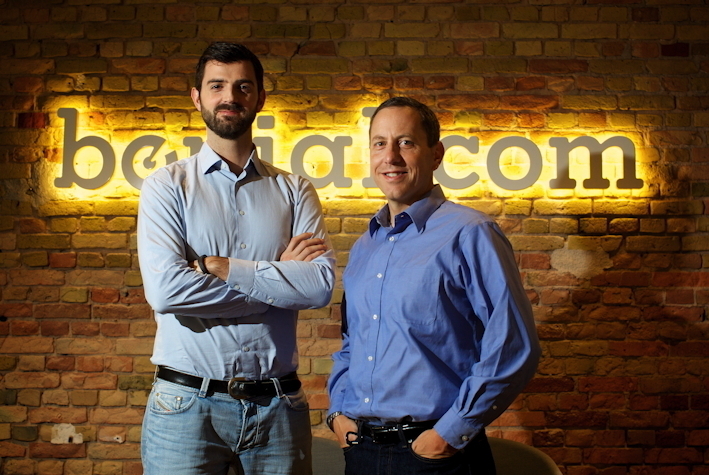 Former eBay evangelist (and Head of Corporate Communications) in Germany, Austria and Switzerland, Entrepreneur, Investor, Tech and Mac Enthusiast, Networker with a passion for leveraging – and External Senior Advisor, Global Corporate Communications at Bonial.com Group with kaufDA – "The Star among Location-based Services in Germany" (W&V) or "The Savior of Retail" (HORIZONT).